What is Closed Loop Temperature Control?

Thermal systems are integral to myriad processes that drive industries of all types, from semiconductor processing and energy generation to medical and foodservice equipment and beyond. Found within each of these industries are sensitive processes that require varying levels of temperature regulation. For instance, when a manufacturing process molds and shapes metal, equipment needs to maintain a temperature above a certain threshold, but an exact temperature may not be necessary. However, another process that involves melting plastic may need to reach a certain temperature but not exceed it—or the material will start to burn.


In those situations for which precise temperature control is required, closed loop systems offer the ability to closely monitor and compensate for environmental changes.

The alternative approach to closed loop temperature control is an open loop system. Open loop control does not include a mechanism for feedback from the environment and instead relies on fixed outputs (like time or voltage).


A simple example of an open loop system is the toaster in your kitchen. Most toasters have a knob that you turn to select the desired “doneness” of your toast, with each number on the dial representing a minute of toasting time. There are no sensors that provide feedback to let the toaster know when the toast is optimally browned—it simply pops when the timer runs out.


Open loop systems are effective when the system does not need to react to changes. Typically they are based on time or percentage settings that are configured manually. Thus, open loop systems are most effective in environments that are very consistent, or for applications where temperature accuracy is not critical. Advantages of open loop control include simplicity of design and implementation, as well as simplified maintenance and troubleshooting.


Advances in technology have made closed loop systems more accessible, both in these simple home-based examples as well as in a wide variety of critical industrial applications.


While in the past closed loop systems were cost prohibitive on an industrial scale, tedious to calibrate and cumbersome to install and maintain, today’s controllers and software are much more flexible and forgiving. This has lowered the complexity and the cost involved in implementing closed loop thermal systems.

There are three main elements of any closed loop thermal system that work together to help the system reach the optimal temperature (i.e., the set point) quickly with minimal overshoot:


Proportional: The ratio of how far the system is currently away from the set point. This determines how much controller output is required to make up the difference.


Integral: Accumulates system error (i.e. difference from the set point) over time to determine if more output is needed to reach the set point and applies that requirement as needed.


Derivative: Dampens the control response to compensate for rapid changes in the process, allowing it to arrive at set point with a reduced approach. This functionality is important when it is vital to come to temperature rapidly and/or avoid overshooting the set point.


Not all controllers use all PID functions; based on the requirements of the industrial processes, many systems use just PI controllers.

When and Where is Closed Loop Temperature Control Desirable?

Closed loop temperature control is vital to industrial processes that require a precise and predictable temperature. Closed loop systems are effective both when a system needs to maintain a specific temperature range during operation and in cases where changes in the environment could cause the temperature to fluctuate. Because a closed loop system includes sensors and a feedback loop, the system can make an informed response and adjust as needed.

Historically, in closed loop temperature systems, the controller determines how often the heater needs to be on (0-100% of the time) based on the present temperature measurement. However, large differences in resistance over a temperature range mean that, for example, “50% on” does not always correspond to 50% power. If the line voltage dips in a facility by 10%, when the controller requests 50% power, the power applied to the heater will actually be 40.5% (power reduced by the square of voltage) of its maximum. Eventually the “I” function of the PID controller will compensate and bring the heater to the proper temperature, but it will take longer than under normal conditions.

Being able to control the output based on the measurement of power delivered to the load improves temperature control performance because it compensates for line voltage fluctuations or even partial load failures faster and, therefore, with significantly less deviation from the set point than would occur with closed loop temperature control alone.

As technology has evolved and lowered the barriers to entry for implementing closed loop temperature control, further innovations have been made possible in how temperatures are actually measured and calibrated in these systems.


More advanced control methods have emerged that evaluate multiple sensor inputs in order to accurately predict the temperature of a location where a sensor can not be physically placed. For example, think of a chamber used in semiconductor fabrication. Corrosive gasses used within the chamber create an environment that cannot support a temperature sensor, yet temperature control in these zones is vital.


These systems incorporate multiple sensors placed near the area and a modeling algorithm that calculates the temperature that cannot be physically measured. A controller customized for that environment is then configured to predict the temperature of the true process.


MIMO (multiple input / multiple output) algorithms are another innovation in closed loop temperature control across multiple zones. In traditional systems, the conditions in nearby zones often affect one another. For instance, one zone heating to temperature could cause fluctuations in temperature in a nearby zone. Each closed loop temperature control is independent and not able to coordinate with other controllers in a meaningful way; as a result, corrections in the system can be over and under reactions, causing the process to be poorly controlled. MIMO implementations manage inputs and outputs in multiple zones as a whole for precise and efficient thermal control throughout.

WatlowⓇ has products that include these optimizations, and more. Specializing in closed loop control systems, Watlow has introduced innovations to measure temperature in entirely new ways, in effect allowing creation of closed loop systems where they were not previously possible.


Watlow’s ADAPTIVE THERMAL SYSTEMS® (ATS™) technologies have been used, for example, to make closed loop control a reality in semiconductor manufacturing environments for elements that cannot support temperature sensors. Previously, these applications relied on power ratios developed in a simulation lab to estimate heating requirements. These ratios do not always hold up to real-world environmental conditions.


Though TCR values are also first calibrated in a lab, since resistance can be measured during actual operation, the temperature of an element that was not previously measurable can now be precisely monitored and controlled.


Watlow brings 100 years of experience to help solve the world’s toughest and most important thermal problems.

As a world-class industrial technology and thermal products leader, Watlow designs and manufactures heating solutions consisting primarily of electric resistive heaters, temperature sensors, temperature and power controllers and supporting software – all the components of a thermal system. We partner with our customers to optimize thermal performance, decrease design time and improve the efficiency of products and applications. Get in touch with the Watlow team to get started! 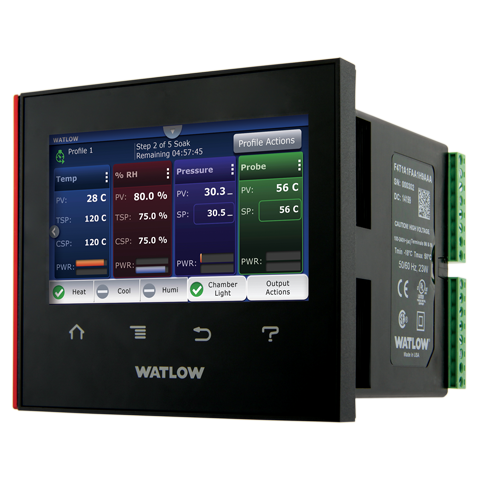