What is a Control Loop and How do I Set it Up? 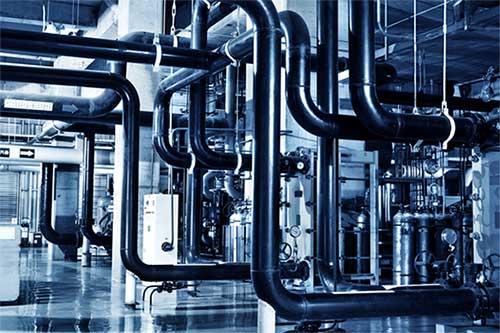 Control loops are systems applied by design engineers in various industrial applications to maintain process variables (PVs) at a desired value or set point (SP). Control loops are important for maintaining the stability of a system, and for consistently producing the desired outcome of a process.


All control loop systems contain a coordinated series of elements required in achieving a control objective. Control loop systems are available in various configurations, depending on the type of industry and specification of use. However, they all follow a similar design principle.

Control loops are essentially feedback loops as they involve error detection and the implementation of a feedback correction. The process is achieved by linking various hardware components in a circuit. This involves a manufacturing sequence or system that involves a single variable or multiple variables to be controlled.


The components in a closed control loop are set up accordingly. It is important to ensure that all components are linked in the right order at all times. Any disruption within the system leads to a discontinuation of the automated process. For instance, switching to a manual controller.

Sensors are the initial measurement devices in a control loop. They convert the process variable into corresponding analog or digital signals which are read by the controller and then compared to the desired set point. Measurements are usually represented in electrical charge, voltage or pneumatic pressure. If the reading from the sensor is outside of the set point’s control band, the controller then opens or closes the power switch turning the heater on or off until the desired temperature is achieved.

A wide variety of sensors are available in the market. These are applied according to the type of variable to be measured. Watlow provides temperature sensors such as thermocouples or RTDs . These provide high-temperature dielectric strength that ensures signals are carried faithfully to the instrumentation or controls.

Transducers are advanced sensors that further transform given values through signal conditioning. For instance, in electrical instrumentation, current may be converted into voltage measurements. These conversion devices are also available in various forms according to their working principles, such as capacitance and self-generating properties.

Transmitters may be applied to standardize the signals that are circulated throughout the control loop, where parameters are remotely monitored and managed. These devices that function closely with sensors are able to deal with various signals, such as pressure, flow, and temperature.

The measured values within a control system are displayed to operational personnel. This is achieved through indicators, such as pressure gauges or digital displays on a controller.

The controller is the device within the control loop that interprets the measurements fed by the sensor and determines the control action to take based on a comparison of that value to the set point. There are various versions of the device, including Watlow's temperature, power and process controllers.

The controller requires an input of measured readings. These are of controlled variables and a representation of the SP (set point) expressed as a measured value. PID (proportional integral derivative) controllers are considered by professionals as being the most effective and stable controllers available in the market.

However, recent advances in technology have seen a marked rise in the use of computer evaluations. Computerized or “smart” controllers are valued across industries for their capacity at handling multivariable systems with intensive operations. Some effective examples of smart controllers include Watlow's ASPYRE® line of power controllers and the PM PLUS temperature controller.

The final control elements are those that receive control action signals from the controller. They adjust the process variable at the desired parameter. Response time is integral in the design of an effective thermal loop. This greatly improves crisis management in the event that a PV is outside of the desired SP.

Actuators are the most crucial component within final control elements, which has a direct influence on the control process. The component initiates change by processing evaluated control actions, which regulates the transition from PV to SP.

These devices are commonly represented by a valve stem or heating coil in most industrial settings. Additional devices such as valve positioners may be installed to improve the response rate of actuators such as control valves. Repositioners help to establish the exact position of the valve (actuator) according to the controller output signal.

Control loops are also applied in industrial architecture through digital field networks such as Fieldbus. In such situations, various control loops are applied according to the degree of risk and functionality involved in the project. Digital field networks function via digital signals, as opposed to the more common analog variant. And do so under strict protocol owned by specific companies.

Watlow is the leading global supplier of industrial technology. Our wide range of products includes advanced thermal products including, heaters, temperature sensors, controllers and software for OEMs. We provide engineering expertise and thermal technology that enables our customers to thrive.