How to Set Up a Control Loop in an F4T 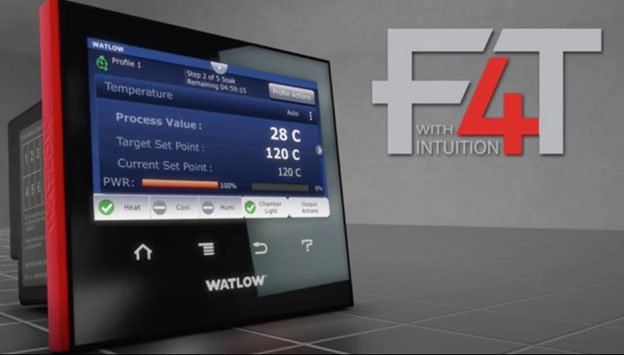 Complex set parameters make it difficult to achieve proper operation, increasing the risk of operator errors. Setting up a control loop in PID controllers is an intricate process. Industrial processes require interaction with power and temperature controllers, so precision is critical. After all, these controllers are used in industries such as medical, power generation, and petrochemical refining.

A control loop is a mechanism that corrects the inconsistencies between the variable and the desired setpoint which drives the process variable up and down, depending on the error in place. All steps in the loop are unified to accomplish the process. All power and temperature controllers demand the right set up for maximum functionality.

The F4T controller combines functions of many devices that are integrated into one system. These functions include over/under temperature limit, temperature PID, and power switching. It has three fundamental parts: input, output, and function blocks.

It is also worth mentioning COMPOSER®, Watlow's new easy-to-use software for customizing and configuring controllers. This software will allow you to optimize the F4T for specific applications and task-specific views simplify all aspects of commissioning new controls, including setting up control loops. Learn more here. 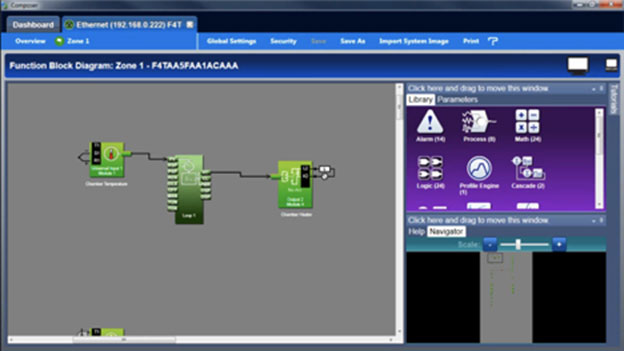 Design engineers can customize the power and temperature controller by connecting several function blocks. A transmitter of one function is commonly connected to a receiver of another by use of the COMPOSER’s function block diagram editor, commonly called the "canvas". Connections between two blocks, otherwise referred to as signal, carries coded information from one function block to another.

The function block has the following features:

Getting started with the function block

The three-basic setup steps of the function block for any application are:

Advanced thermal products require special function blocks for performing sophisticated functions that can be added to the canvas from the library. These include such function blocks as: cascade, alarm and math blocks.

Control loop function blocks are initially located in the library and can be dragged to the canvas. The initial signal from the universal input carries the process value to the PV receiver on the control loop block where it is used to serve as feedback to the control algorithm.

The input block houses the logic to interpret a sensor's data, which provides feedback of the measured process values from the sensor to the control block. There are two different types of input blocks: universal process and thermistor.

A thermocouple is a type of sensor that is calibrated to read mV/volts or pressure for other advanced thermal processes. For advanced heating products, configure the input with other devices to enable the user to read humidity and other values.

Please note: Make sure the input block’s sensor type and other parameters are set correctly. The Watlow F4T will default to a Type J thermocouple in Composer®, so one must ensure this parameter of the input block is correct before turning the system on.

Disconnect and lock out all the energy sources until you have configured and tested the application. This is because when the function block is connected to the output, the control starts to function immediately.

Advanced heating products can have power and temperature controllers with an output that requires either a fixed or a variable time base. For heating products where the power and temperature controller drive a high resistive load, it is recommended to use a variable time base, which improves the performance.

When dealing with power and temperature controllers like the F4T, following this process is imperative. With safety a key factor, it makes work easier for design engineers working with OEMs to set control loops. If you have more questions on this or other setup processes, contact the Watlow team.