An Essential Guide to Power Controllers

The power controller is a discrete output device that regulates your system with guidance from the temperature controller. There are three common power controllers: electromechanical relays, solid-state relays and silicon-controlled rectifiers (SCRs).

The first uses magnetic devices to actuate power switching. The latter two use solid-state electronics to affect the switching function. There are also hybrid systems and variations of SCRs.

The selection of a specific power controller type depends on the method of control being used. It can also be dependent on system power demands, the degree of temperature control, the heater type, and life requirements. Below is a brief description of each main type along with its uses.

This contactor, or relay, is an electrical and mechanical device with moving parts. When power is applied to the relay field coil, contact closure is created through the movement of the relay’s “common” contact. 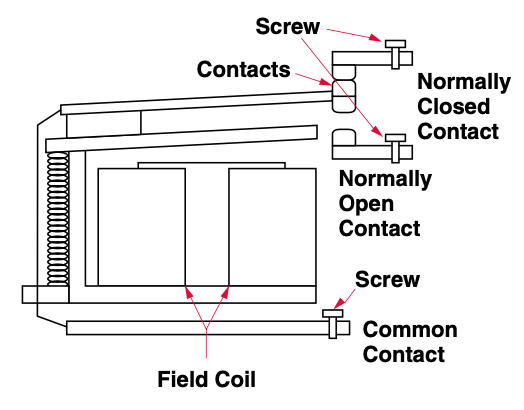 Because this contactor has moving parts, it is susceptible to vibration or mechanical failure. The closure of the contacts when powered results in contact failure. Additionally, due to arcing across the metal contacts as they come together, material transfer will eventually result in the contacts welding together.

The projected life of a high-quality mechanical relay is around 100,000 cycles, for a full rated load. For a one-third rated load, it is as much as 1,000,000 cycles. Using contactors to control heaters decreases the life of the heater compared to other switching technologies such as SCRs due to thermal cycling.

Most Watlow controllers can be ordered with mechanical relays.

The most important factor affecting service life is its ambient operating temperature. Solid-state devices are very durable if they are operated within tolerable ambient temperatures. Failure to dissipate the heat generated by any solid-state component will quickly destroy it. Location and heat-sinking must be adequate. 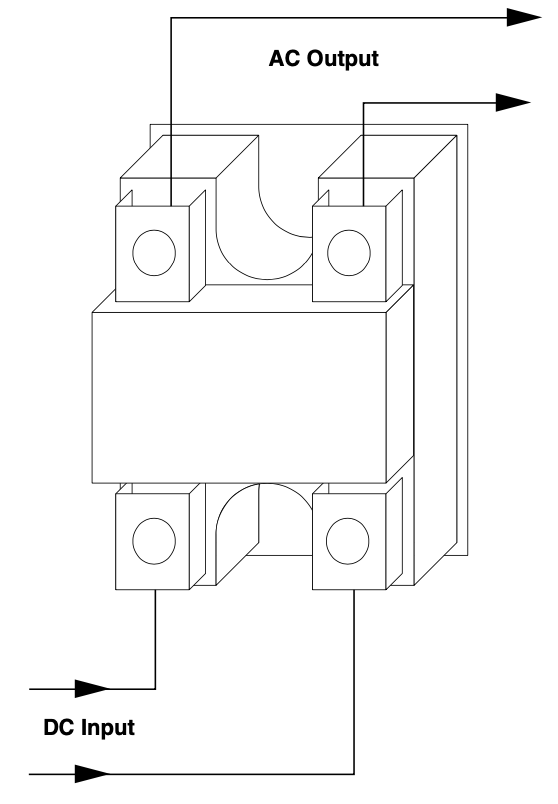 Watlow solid state relays accept a time proportioned or on-off signal from a controller. It changes state near zero volts, in a process known as burst firing.

The units are also optically isolated, which means the output circuitry is energized by infrared light striking a photosensitive device. This minimizes electrically generated noise, plus output to input electrical isolation. Solid-state relays can operate at much faster cycle times than electromechanical relays. Consequently, they can be employed where extremely tight process control is required.

A disadvantage of solid-state relays is that they do not provide a positive circuit break. They also have a relatively high initial cost and can enter a failure mode when misapplied or subjected to overrated conditions. If the system heater shorts out it can cause burnout of the switch. Other failure modes include a reduction in switching capabilities and failure caused by line transients and inductive loads.

The E-SAFE® relay (DISCONTINUED) is a long-life hybrid relay. It uses a mechanical relay, with a triac (a three terminal electronic component that conducts current in either direction when triggered) in parallel to turn on and off the load at the zero-cross point in the sine wave. 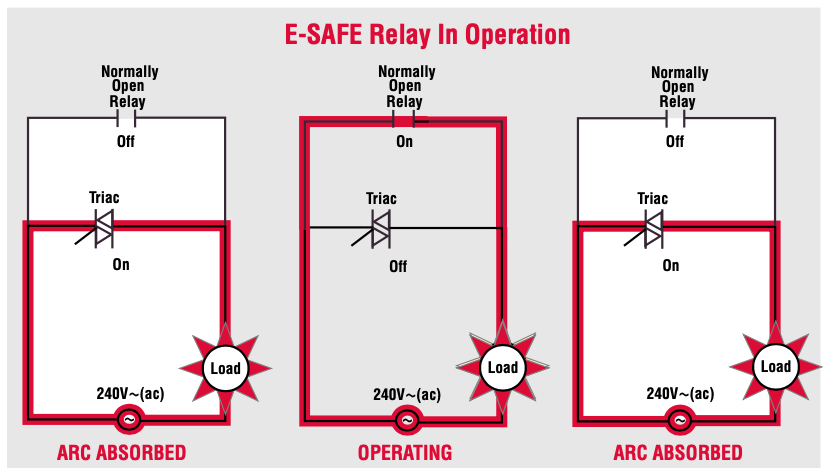 The silicon controlled rectifier (SCR) is a solid-state switching device that can switch up to a 1200 amp load. A correctly chosen SCR can reduce system costs by improving heater life and process controllability.

A Watlow SCR can improve system performance with increased heater life through the rapid switching an SCR provides. All SCRs, including Watlow’s, require a proper heat sink. Heat is the inevitable by-product of solid-state power switching. 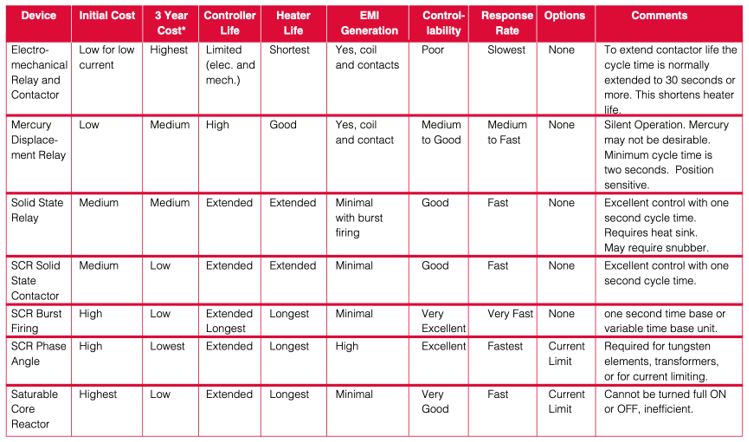 Watlow manufactures a wide range of solid-state relays and SCR power controllers to meet almost all power switching needs. Each is manufactured to the highest standards of reliability and performance. 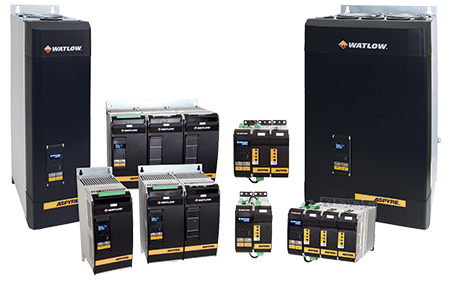